The 2020 election cannot be certified unless we know it was honest.

To ensure the legitimacy of any outcome, the 2020 election needs a complete election audit of the voter rolls to ensure only eligible, registered voters were the ones who voted and then complete statewide recounts. Governments derive their just powers from the consent of the governed, and without it, any new administration will lack the legitimacy that holds America together.

The 2020 election cannot be certified by state legislatures unless we know it was honest, and the only way to do that is to verify the outcome.

In Pennsylvania and other battleground states, poll watchers were not given the opportunity to challenge absentee, mail-in ballots. According to President Donald Trump’s lawyer, Rudy Giuliani, speaking at a press conference on Nov. 7, “Even when a court order was obtained to allow the Republican inspectors to get six feet closer, they moved the people counting the ballots six further feet away. It’s really simple. If you have nothing to hide with these mail-in ballots, you allow inspection. I mean, this is common knowledge, common practice in the examination of absentee ballots, which happens all the time. You take out the absentee ballot, you open it up, the Republican looks at it, the Democrat looks at it. If nobody objects, you put it in the pile. If either objects, you put it aside. That’s what’s done for absentee ballots, which have the extra security of having signatures you can match. Here, which is a much more insecure method of voting, no Republican got a chance to look at that ballot. Some of the ballots you will see looked suspicious. From very far away, they look like the same pen, possibly the same handwriting. We can’t say that, because we never got to see it… [B]allots were un-inspected, un-reviewed, not observed by a single Republican. Not a single one. There’s got to be a pattern. As a friend of mine says, I don’t believe in conspiracies, but I also don’t believe in coincidences. ”

Monitors were not allowed to inspect ballots and challenge them, rendering the counting illegal under state laws. Now the only way to verify if voters were eligible will be a complete audit of the voter rolls and then recounts of all the legal votes.

The ballots in our democratic republic are sacred, and when they are submitted via mail-in absentee, the political parties are entitled to challenge each and every one of them to determine that the voter was properly registered and living in the state.

It is standard procedure, and yet, in major cities run by Democrats across the country in critical battleground states, Republican poll watchers were prevented from doing their jobs. Now, state legislatures, governors and secretaries of state must do their jobs to ensure the legitimacy of the outcome with a complete election audit of the voter rolls and then recounts. Tell your state legislators and governor that no outcome should be certified without such an audit. 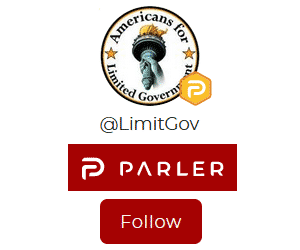 Without an election audit right now verifying the 2020 count, Biden will lack legitimacy if he wins